Pepper is one of the most popular spices in the world. It is a staple in most kitchens, yet how many of us are truly familiar with it?

Pepper comes from a plant called piper nigrum. Piper nigrum can grow up to about four metres tall and is originally native to Malabar, India. Today, the plant is grown mainly in Vietnam, India, Brazil and China.

The fruits of the piper nigrum, also known as peppercorns, are harvested twice a year. The colour of the fruits is dependent on how ripe the fruits are and how it has been processed. Varying ripeness and processes can produce peppercorns that are black, white and green. 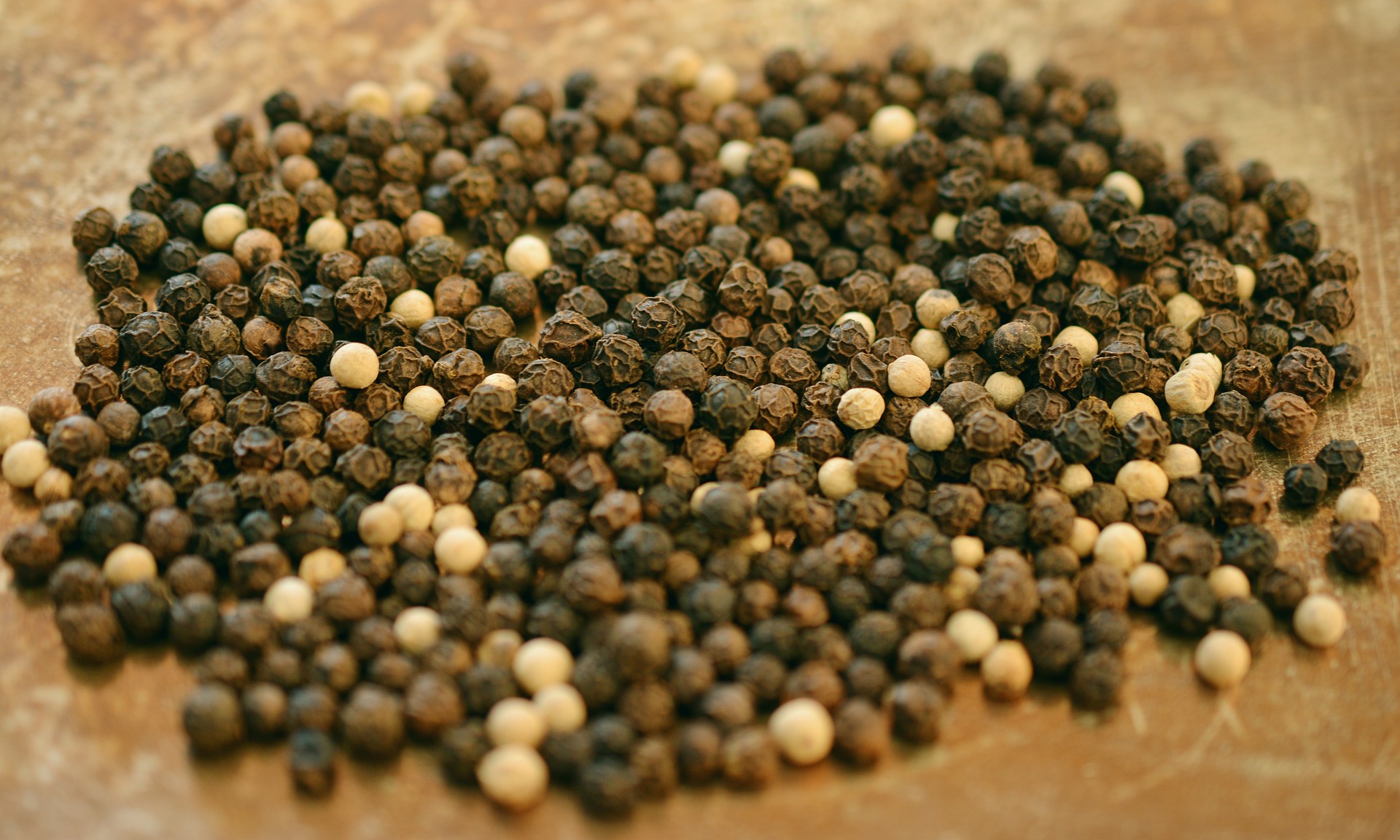 Black peppercorns are unripe berries from the piper nigrum. Contrary to its name, the berries are green when harvested.

When the piper nigrum plants reach maturity, peppercorns are stripped from the stem, after which they are soaked and dried in the sun for several days. While drying, the peppercorns will change in colour.

In terms of taste, black pepper tends to give off a spicy heat due to the chemical piperine which is found in the white center of the fruit.

White peppercorns are simply black pepper without the skin. The skin is removed, causing some of the flavour to be taken, including the piperine. Thus, the taste of white pepper tends to be milder in comparison to black pepper. Its taste can be described as more earthy and musty in comparison to its black counterpart. 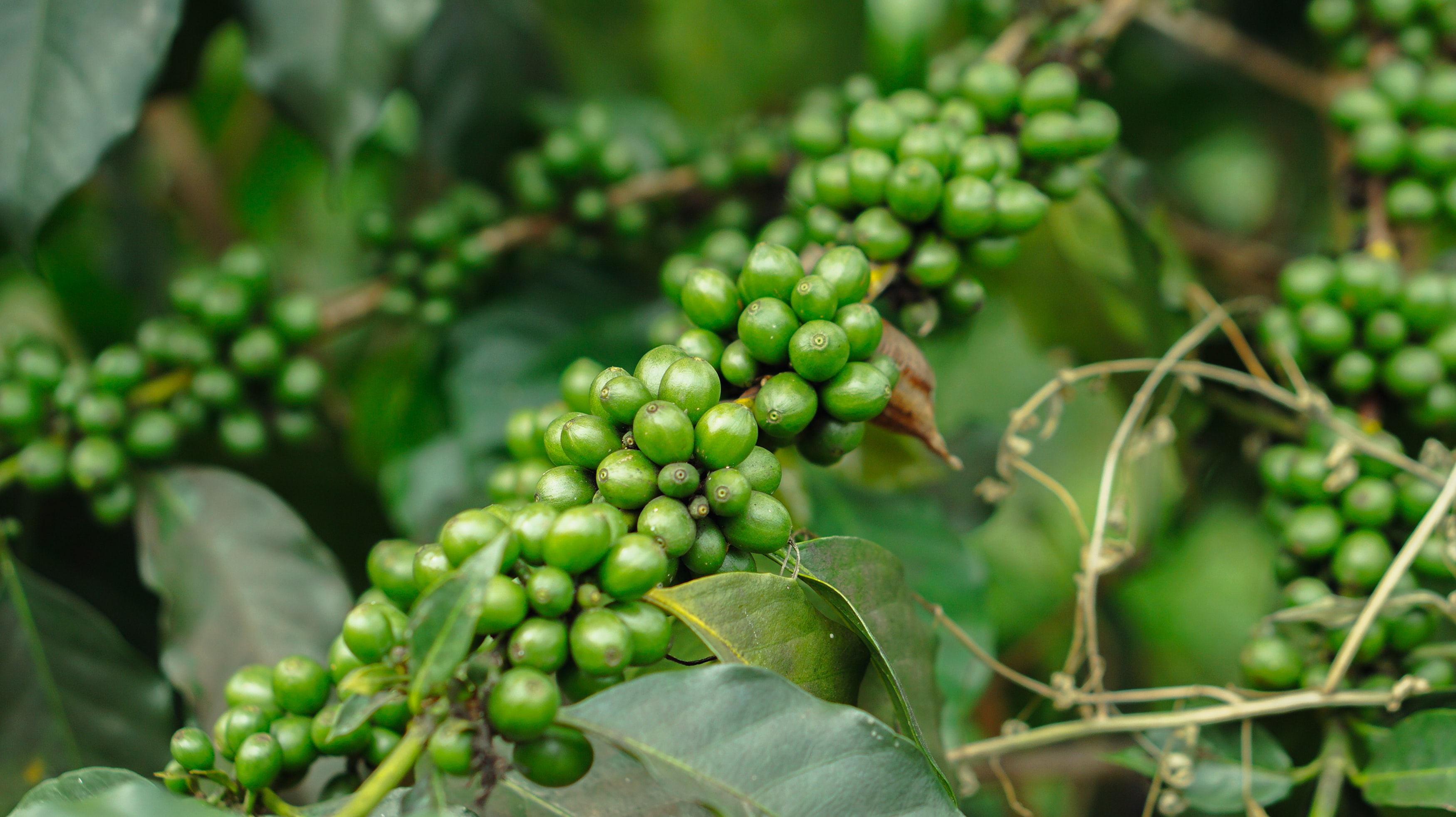 Green peppercorns are freshly plucked from the piper nigrum when unripe. The green fruit is pepper in its purest state and is considered a fresh fruit, making its shelf life terribly short. However, they can be preserved by simple methods such as soaking in oil or vinegar. 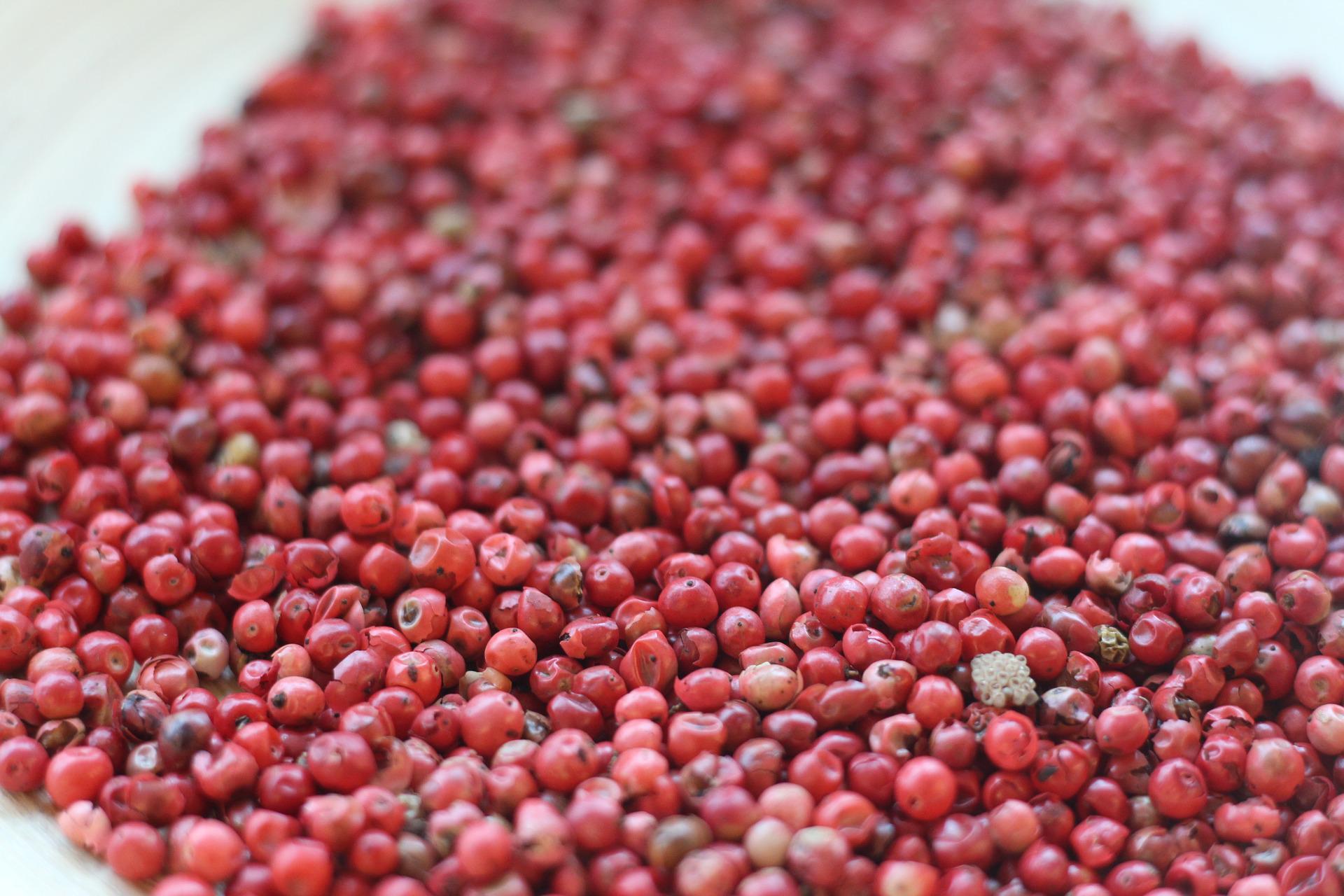 Pink peppercorns are the ripe berries of the Peruvian pepper tree and are unrelated to the aforementioned peppercorns.

The berries have a much lighter flavour profile and are used mostly in desserts, sauces or even chocolate bars. It has a sweet, bright and fruity taste, with just a little bit of heat. It brings a refreshing twist in flavour to meat dishes, especially when used with black pepper in game and poultry dishes. 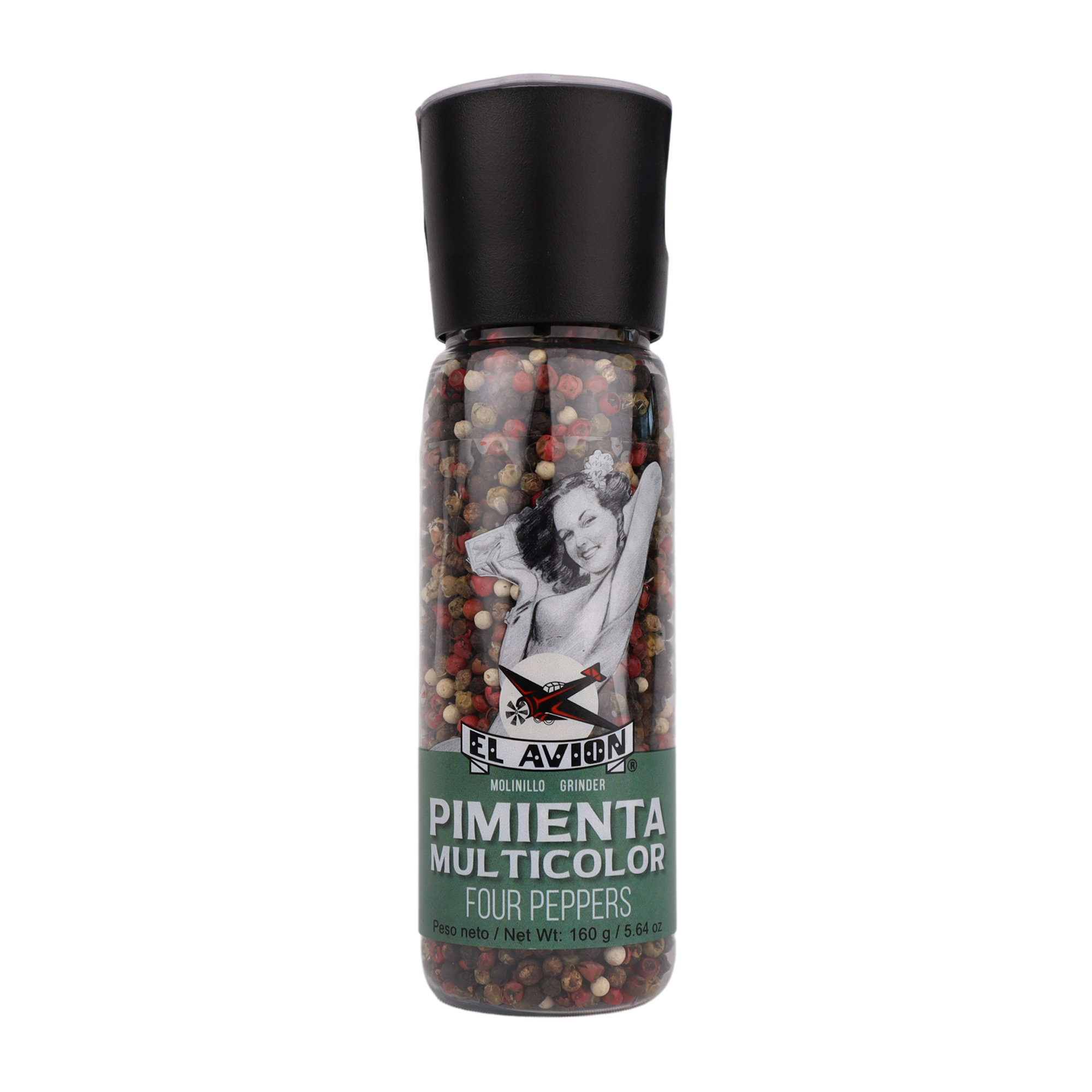 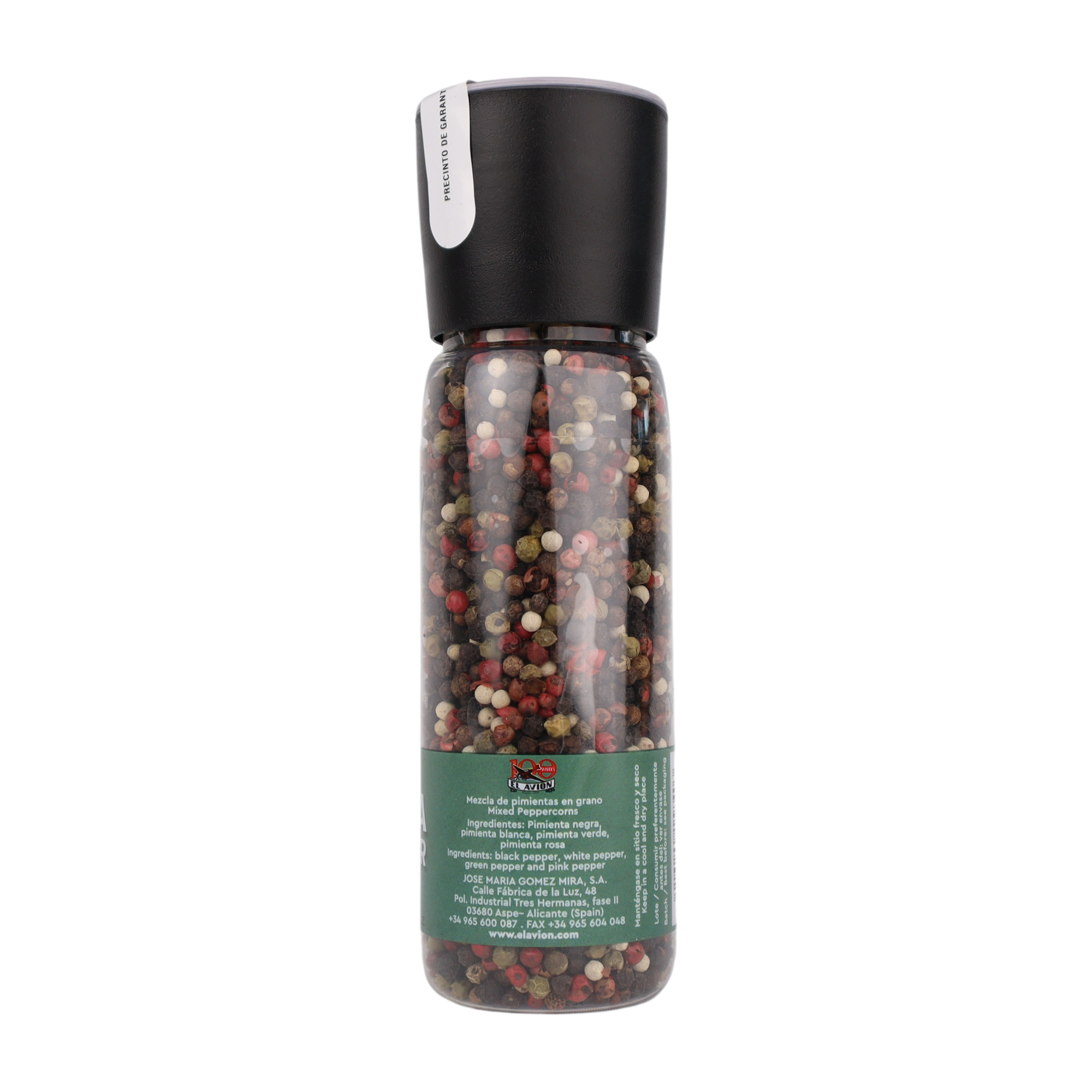 If you are on the fence on which pepper to use in your next dish, why not try all? El Avion’s Four Peppers Grinder XL is a product that unites the four pepper variations, which helps in giving your dishes a warm, strong and spicy flavour. It contains no artificial colours or flavours. Its big size also makes it convenient and easy to use in the kitchen.